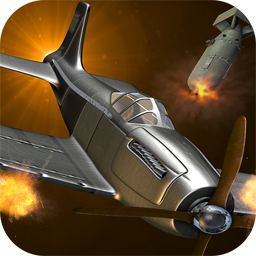 War is never more fierce than in the air. As a top World War pilot you are assigned the dangerous task of flying through day and night missions under constant attack from bombers and airships. Avoid the enemy fire, shoot all other craft on sight and collect stars to earn new airplanes. Be ready for massive explosions and keep a look out for huge bombs falling from the sky.

Choose from seven different aircraft to survive the battle.